NCM was pleased to attend this year’s BVCA Tax, Regulatory & Legal Conference, which was packed with technical updates, the now customary Brexit Briefing and a helpful Election update. It was great to see clients and advisors to hear their latest news from what has been a busy year across the industry. There were a number of insightful panel discussions on hot topics and the attendees were regularly invited to participate with online interactive polls. This provided a brilliant insight into the successes and challenges that firms have had across the industry in implementing the many regulatory changes in the year.

A summary of some of the key highlights is provided below.

Senior Managers & Certification Regime – with implementation due on 9th December 2019, there was a good discussion about a number of firms’ experiences with the new regime. There was general agreement amongst the panel that the process of defining senior manager’s responsibilities was beneficial for an organisation’s efficient functioning. Additionally, firms have found it helpful to prepare documentation as part of the appraisal and employee departure processes. This ensures it is completed while appropriate staff members are available to supply the relevant information. The experience from the Banking Sector’s implementation of SMCR (ahead of the PE & VC’s required implementation) was that more behaviours were counted as fitness and proprietary issues than were initially anticipated, with the spirit of the regime being interpreted very much in the light of recent events such as the #MeToo movement.

Investment Firms Review – there are likely to be changes in upcoming legislation to the capital requirements for investment firms, the most significant change being a movement from a Fixed Capital Requirement to a Fixed Overhead Requirement, which usually involves holding an amount equal to 3 months' operating expenses. This could be a significant step change for many firms and there are no transitional arrangements currently outlined, so firms should watch this space carefully to allow sufficient time for adjustment.

AIFMD2 & MLD 5 – The second incarnation of AIFMD is expected to be consulted on in early 2020. The 5th Money Laundering Directive is scheduled to come into force on 10th January 2020 – however the draft regulations have not yet been released for this.

UK Limited Partner Returns – the ongoing consultation the BVCA has had with HMRC has not come to a conclusion yet, with responses expected after the election. The key issues are:

HMRC GP Losses Legislation – with the recent change to the GP’s ability to roll forward their tax losses indefinitely the trend in new funds has been to move from a traditional General Partner’s Share model to a direct Management Fee. On current funds different approaches are being taken depending on the specifics of the fund, but in some cases LPA amendments may be required.

Cost Transparency Initiative – it was noted that, whilst adoption of this initiative is currently voluntary, it is being well received and may soon become widely expected by investors. As the initiative is applicable to the asset management industry as a whole, the BVCA has agreed a specific private equity template - available here. This guidance is separate to the previously released ILPA fee template (available here) – the BVCA are going to release a mapping between the two templates for ease.

Portfolio Company Narrative Reporting – the challenge of meeting the growing number of reporting requirements for portfolio companies financial statements was acknowledged (Companies Act 2006, Walker Guidelines, Modern Slavery Act 2015, Gender Pay Gap Information Regulations 2017, Streamlined Energy and Carbon Reporting to highlight a few…!). It is important to have an effective framework for Portfolio Companies to meet all the requirements. The panel also discussed the positive benefits for portfolio companies in going beyond the minimum requirements in narrative reporting – with potential value being added during the run up to an IPO or sale, given the increased focus on the environmental and social impact of companies by consumers and investors alike.

Corporate Transparency Reforms – this consultation is expected to be finalised in 2020 but has wide sweeping changes to current Companies House procedures with Director’s identities requiring verification, a cap on the number of directorships an individual can hold and more detailed information to be collected on shareholders and PSCs. The BVCA has highlighted the challenges these changes, and the mechanism by which they may be implemented, will produce - notably that they could impede the smooth completion of deals and may be impractical to enforce.

LIBOR Reform – with LIBOR due to be phased out in 2021 there will be an impact on bonds, loans, LPA and other legal agreements. Given no direct replacement is being implemented by the FCA, firms are encouraged to assess the impact of updating their current legals to appropriately mitigate the contingency of LIBOR’s ceasing to be published. 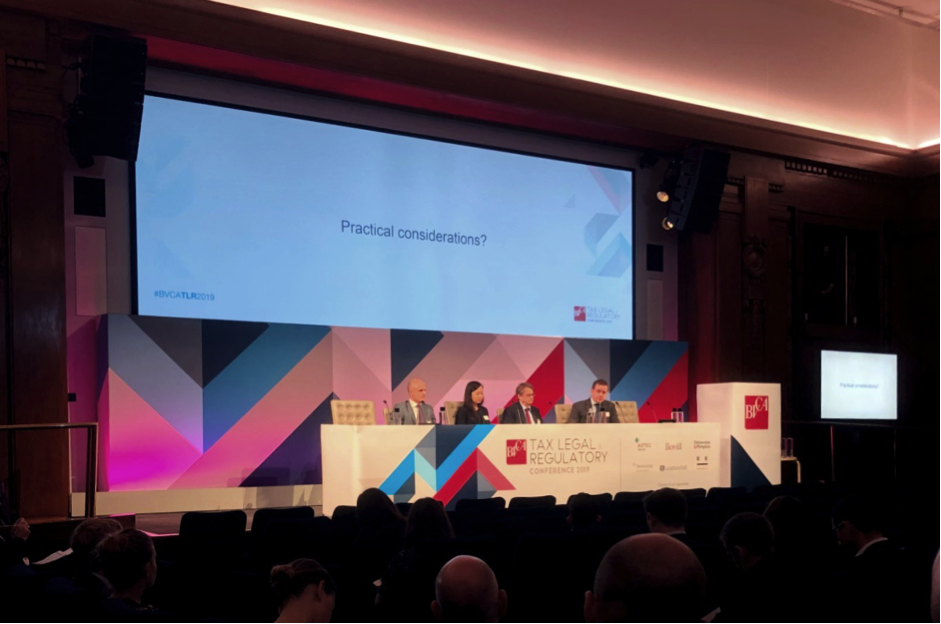